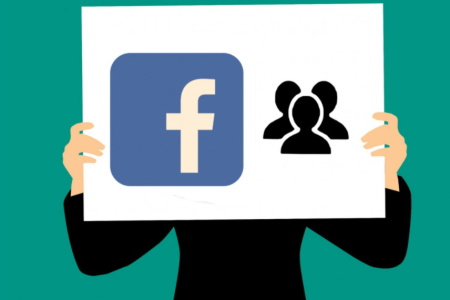 Facebook has begun preventing the publications of adverts on their platform that are aimed at content moderators that may be in a position to take a legal action as a result of psychological trauma they have suffered while working on the social media platform.

The adverts were submitted to Facebook by Coleman Legal, a Dublin-based law practice that is experiences in managing this type of legal action for content moderators that are suffering with post traumatic stress disorder due to the impact of have to review and remove online content that includes ongoing exposure to graphic and violent content during the term of their employment.

In a bid to identify anyone unfortunate person that may have suffered similarly to their existing clients the firm took the step to invest in an advertising campaign on the social media network. However, following a number of attempt to initiate the social media advertising campaign on Facebook’s advertising platform, they found that their advert for being denied publication.
The only reasoning offered by the service was that the adverts were not in compliance with Facebook’s “Personal Attribute Policy.” This policy states that an individual cannot be targeted according to “race, ethnic origin, religion, beliefs, age, sexual orientation or practices, gender identity, disability, medical condition (including physical or mental health), financial status, membership in a trade union, criminal record, or name”.

However, Coleman Legal’s adverts, which were identical to a number of previously submitted adverts that were given approval, were rejects. The advert submitted asked moderators to visit a website to make the firm aware of their interest in having their case evaluated. The advert was denied publication six times in a one-week period between the end of September and start of October. Facebook has claimed the adverts that were approved were done so in error and the new adverts were denied publication as they “assert or imply the reader has a medical condition”.

The wording of the adverts was: “Over the last few years, there has been an unprecedented increase in Content Moderators being diagnosed with PTSD. This significant rise has been imputed by daily exposure of disturbing content, bestiality, drug abuse, animal cruelty, violence, and more which is shockingly enough, a crucial part of their job requirement. Get all concerns addressed with an experienced solicitor by filling the Free Case Evaluation Form. Coleman Legal has a dedicated team of experienced solicitors who can offer help, advice, and tailored guidance. Compensation for this claim may be the first step on your road to recovery.”

David Coleman, partner at the firm, said in an interview with VICE News that “Facebook is dealing with this matter in a very commercial way, and they are clearly seeking to limit the number of moderators who will seek redress. This isn’t just a commercial matter, this is a social and a personal matter and deeply personal to these people.”

Coleman Legal Partners are currently representing more than two-dozen former and existing Facebook content moderators. There is some speculation that, despite settled a class action compensation claim with content moderators in California for $52 million, Facebook may not settle in Ireland as a result of Europe’s much stricter workplace-safety laws, it could result in much higher payouts to claimants than lawsuits in the United States.